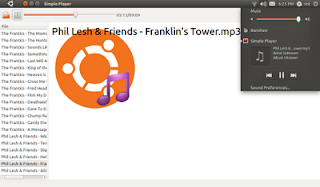 An important part of integrating with the Ubuntu desktop is ensuring that your application is using all of the appropriate indicators. In this entry, I explain how I added support for the Ubuntu Sound Menu to the sample application "Simple Player."

Ubuntu's Sound Menu allows users to access some of a media players functions without the user having to find the application window and use the applications controls. To add support for the Sound Menu controls, which allow the user to Play, Pause, and use Next, and Previous functions, takes 4 basic steps:
Creating the Desktop File
If you are developing an application, and have not installed it, most likely you do not have a desktop file installed. Desktop files are used in Linux desktops to describe your application to the system. Many parts of the desktop refer to desktop files for things like creating application launchers and menus, file handling support, etc... The Ubuntu Sound Menu uses desktopfiles to determine which applications it should launch and handle. In a default Natty install, only Banshee will have a desktop file that the Sound Menu will detect and want to handle.

Now Simple Player shows up as an option in the Sound Menu! 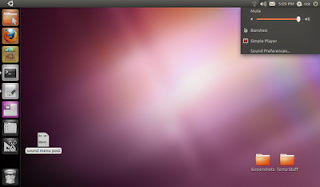 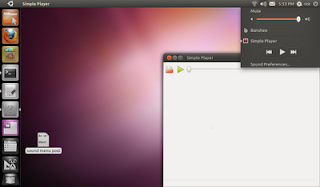 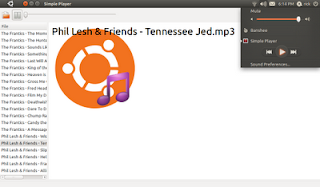 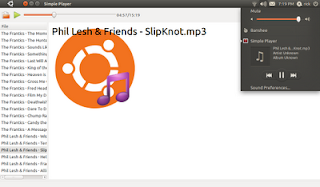 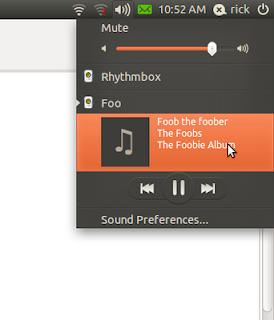 So I'm still digging Pithos. Having native access to my Pandora channel on my desktop is a blast. I thought a great enhancement would be Sound Menu integration. So I figured I would spend an hour or two implementing an the mpris2 dbus interface to make this work for Pithos.

Well, the platform had this to say to me: "Ha ha ha ha ha"

It seems simple enough, if you implement the Impres2 interface, you get Sound Menu integration, along with other benefits. Well, it turns out that implementing such an interface in Python is an exercise in frustration.
Fortunately, I know people who could help and get me unstuck. So, as of today, I have some stub code that makes something useful show up in the Sound Menu.

So what's next? Well, I intend to turn this code into a Python API for the Sound Menu. I'm not going to try to handle the whole mpris2 integration at this point, just implement what is needed for the sound menu to work. The API should not expose any DBUS or MPRIS concepts.

Then I'll see if I can use my API to add Sound Menu integration to Pithos. Also, I should be able to use simple-player as a demo for it.

So, if you are a Python hacker, and you want to get something into the Sound Menu, stay tuned, I should be able to help you out soonish. The code is still all stub code, but if you absolutely must look, I pushed a branch.
Posted by Rick Spencer at 10:54 AM 6 comments: